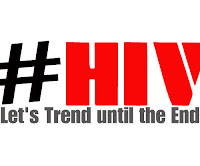 T-E-A-M-W-O-R-K!!! Yes that is what is going to create the most effective, super-global vaccine to END AIDS during this generation.

Listen, I get it! We are all doing our own thing. . . outreach, prevention, testing and much more. Kudos to all of you who are getting their hands in the mix of the work that is necessary to care for those living with HIV/AIDS and necessary to educate those not living with HIV/AIDS to prevent contracting this virus and other STI's / STD's as well as to combat stigma and to get tested!

On a serious note. . . I hear the following being repeated a lot (in fact I hear myself saying this too) . . . "UGH! Why, why, why is HIV/AIDS conversation swept under the rug? Why is no one talking about it anymore? Why has our nation. . . why has the world gone quiet on this epidemic?" And then we point the finger of blame. . .

So, rather than being one of the cooks in the kitchen complaining about the problem by pointing a finger, I have decided to team up with five other incredible HIV/AIDS activists/advocates to begin a global trend setting Twitter initiative and our vision is to reignite the conversation of HIV/AIDS: HashTag HIV: Let's Trend Until the End. Reality is, I need to point the finger back on myself, because I have not been much of a team player, because for too long I was doing my own thing. It is time for me to make a change and become a team player and that change starts right now and I hope you will follow.

Many of you probably know who we are: There is me - Daniel Bauer (escape artist and founder of LivingPozitively.com), Robert Breining (Founder and Host of Poz I Am Radio / Social Network), Jeromy Dunn (Founder of PozitivelySpeaking.com and Co-host, Poz I Am Radio), Mitch Knapp (HIV Activist in the rural south), Aaron Matthew Laxton (YouTube super-star and founder of My HIV Journey), and Kevin Maloney (Founder of Rise Up to HIV and an employee at Community Access National Network).

So what's #HIV: Let's Trend Until the End all about: We believe as a team that millions and millions of people are using Twitter to quickly disseminate information about the hottest topics people are talking about! We believe that together, as a community, we can set #HIV, #AIDS as a Twitter trend catapulting awareness back to the top of conversation around the world!

So here's where you come in. . . it's time to become a team player. During the week of the International AIDS Conference (July 22-27, 2012 in Washington, DC) we are asking everyone with a Twitter account to consistently and frequently use the hashtags: #HIV #AIDS, #AIDS2012 and #IAC in all your Tweets. If you do not have a Twitter account, maybe it's time to get one, even if it's just for the purpose of helping to set the trend. You can simply go to www.twitter.com and sign up!

The HashTagHIV Team will be Tweeting from now on (and forever) to help set this trend. . . so please follow @HashTagHIV to get the latest information, updates and stats about how we are doing! Also, please, please add yourself to the HashTag HIV Facebook event to let the world know you and/or your organization is signing up as a team player! 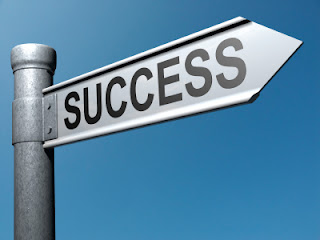 Reality is we [six guys] can't do this alone. YOU. . . YOUR ORGANIZATION. .. YOUR FRIENDS are going to be the key elements of making this CAMPAIGN A SUCCESS!

So TEAMWORK - ACTIVATE! Let's Set the Trend!!!!  Together we will reignite the conversation about #HIV #AIDS!

I am Daniel, and I am living pozitively! Thank you for following my blog.
Posted by LivingPozitively at 11:27 AM