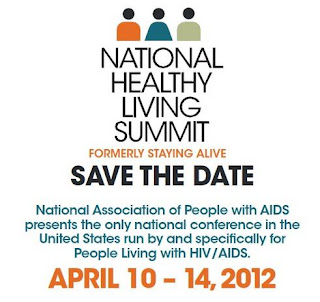 Dallas, TX here I come!! If there is one conference, anyone living with HIV/AIDS, or anyone wanting to play a greater role in HIV/AIDS advocacy absolutely should attend in 2012, it is the first annual National Healthy Living Summit, presented by the National Association of People with AIDS (NAPWA) to be held at the Award-winning American Airlines Conference Center in Dallas, TX; April 10-14.

I am honored to officially announce that my new off-Broadway, magical spectacular about living with HIV/AIDS, Beyond-Belief, will be presented at this week-long, life changing event before it opens on stage in New York City.

Do not miss out on this conference! Register today!!! Below, is some information about the conference and information about Beyond-Belief. If you plan on attending, leave a comment here and let me know! Also, be sure to come up and say hello to me during the conference. I am excited to learn, to make friends and to absorb a greater sense of hope in my own life.

I look forward to seeing you there!!

I am Daniel and I am living pozitively! Thank you for following my blog!


For more than 25 years NAPWA has been the oldest, most trusted voice for saving and improving the lives of people impacted by HIV/AIDS and this year’s event looks to build upon that tradition.


The Healthy Living Summit will be held in the award-winning American Airlines Training & Conference Center in the heart of the Dallas/Fort Worth metropolitan area. People living with HIV/AIDS are encouraged to attend the event to learn how to become involved in advocacy work in their respective regions and receive useful information about government subsidized housing and medication.


“The Healthy Living Summit welcomes all who are interested in improving quality of life for and addressing issues that affect people living with HIV/AIDS,” said Stephen Bailous, Senior Vice President for Treatment Advocacy and Community Affairs. “Sponsors, including pharmaceutical companies, government agencies, and supplement manufacturers are offered a unique opportunity for visibility among hundreds of leaders in the HIV/AIDS community.” 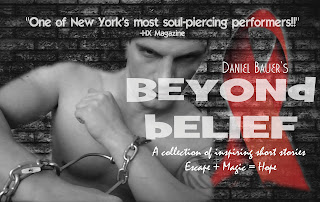 Beyond-Belief
In a world where life sometimes is masked with smoke and mirrors for many to hide; and secrets to linger, Daniel Bauer, the successor to the legendary escape artist Harry Houdini brings to life a collection of short stories about living with HIV/AIDS.  There are no big props! There is no smoke! And the only mirror used in this show is in a dressing room! Touch, listen, taste and see!! Your senses will come alive in this suspenseful, humorous and emotional thrill of a production that takes you behind the success, the fall and the rise of Daniel Bauer’s life. Prepare to witness the arts of magic and escape up-close and personal. Prepare to be inspired by stories of triumph. Prepare to be captivated Beyond Belief. Following the performance, Daniel will return to the stage for a Q/A session with audience members allowing for a deeper perspective on the experience and his life.
Posted by LivingPozitively at 8:47 AM